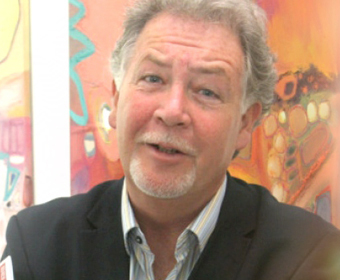 Gerry Barnes is one of Ireland’s most innovative and influential theatre producers. He has established his own production and promotions company after more than 30 years working in theatre in Cork city.

Gerry was Executive Director of the Cork Opera House from 1989 to 2010, during a major expansion of its artistic programme and an extensive refurbishment of the 1,000 seat House. He had sole responsibility for programming the best touring shows on the Irish and international circuit. He upgraded the artistic quality and range of the programme, which included commercial comedy and concerts alongside pantomime, and the Cork Jazz Festival and Cork Film Festival. The unfolding capital expenditure programme from 1993 to 2009 delivered the new Half Moon Theatre as well as a refurbished Opera House.

On re-opening in June 2009, President Mary MacAleese said, “Cork Opera House has been a terrific showcase of the very best of local and international talent, and now it is itself a showcase of the craftsmanship and care of this generation which took its refurbishment in hand and did such a spectacularly good job.”

The 150th Anniversary of the Opera House was celebrated when Cork was European Capital of Culture in 2005. During his tenure, Gerry also commissioned and developed new play writing, supported the emergence of a rich vein of indigenous musical theatre and encouraged and promoted both Opera and Ballet. Gerry also established the Cork Midsummer Arts Festival in 1996, Cork Theatre Company in 1980 and, most recently, Gerry was the Artistic Director of the Belltable Arts Centre, Limerick, from 2011 to 2013.

Gerry is the Executive Producer of Decadent Theatre Company. Their most recent production was Martin McDonagh’s A Skull in Connemara directed by Andrew Flynn. This show toured to 12 regional venues in 2013. Supported by Arts Council funding, Decadent subsequently revived the project to tour to the Gaiety Theatre and 18 venues in 2014. At present, Decadent Theatre Company and Gerry are preparing nationwide tours of Defender of the Faith, The Pillowman and Vernon God Little for 2015.