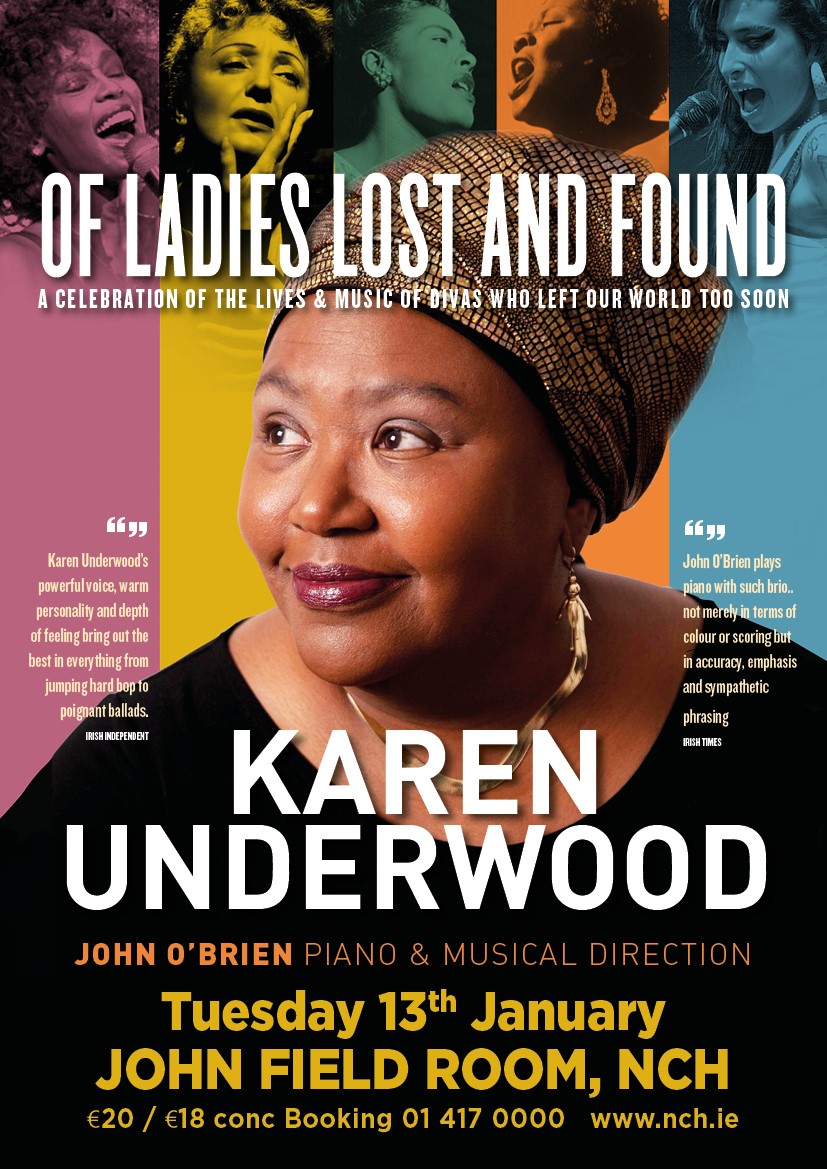 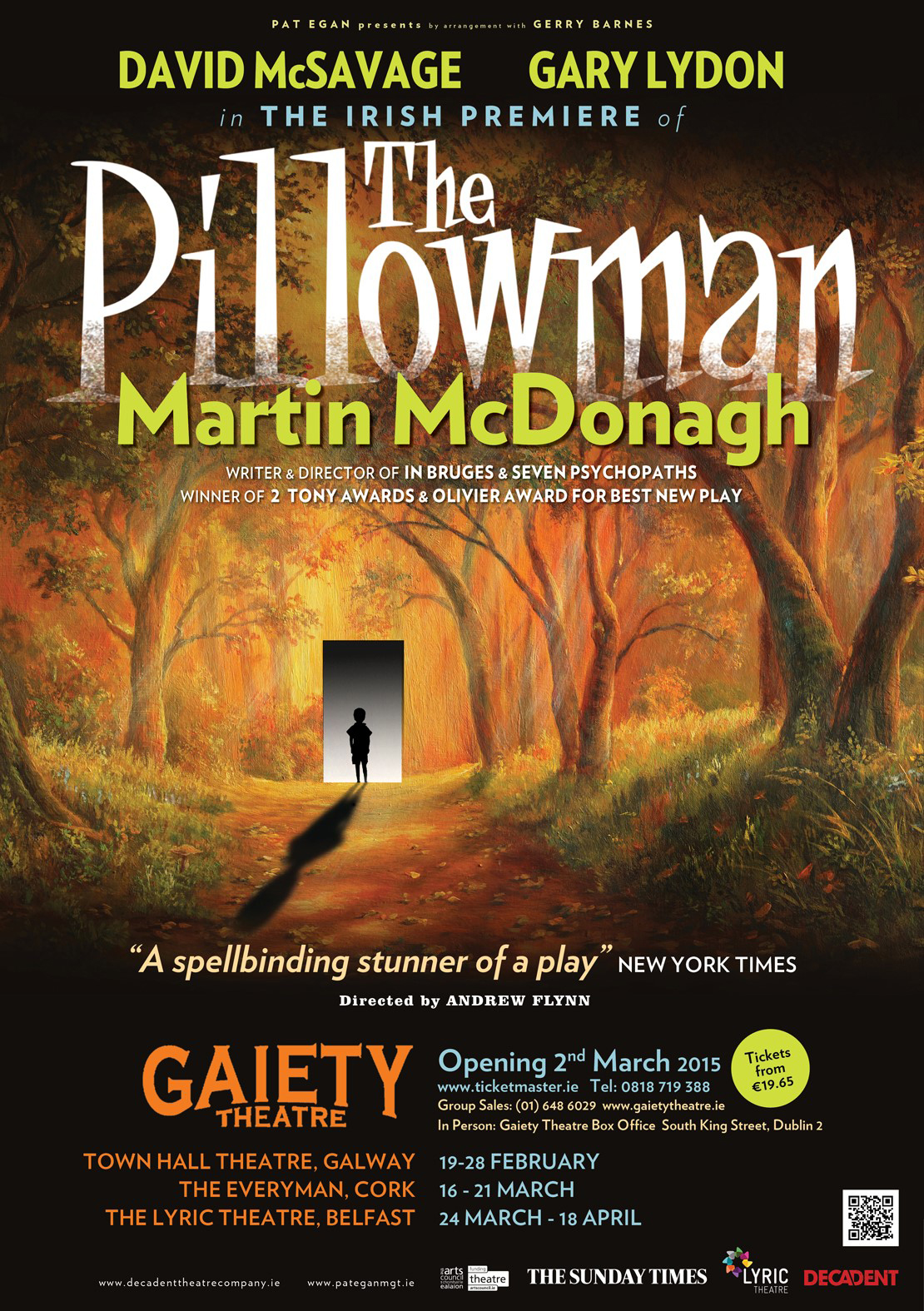 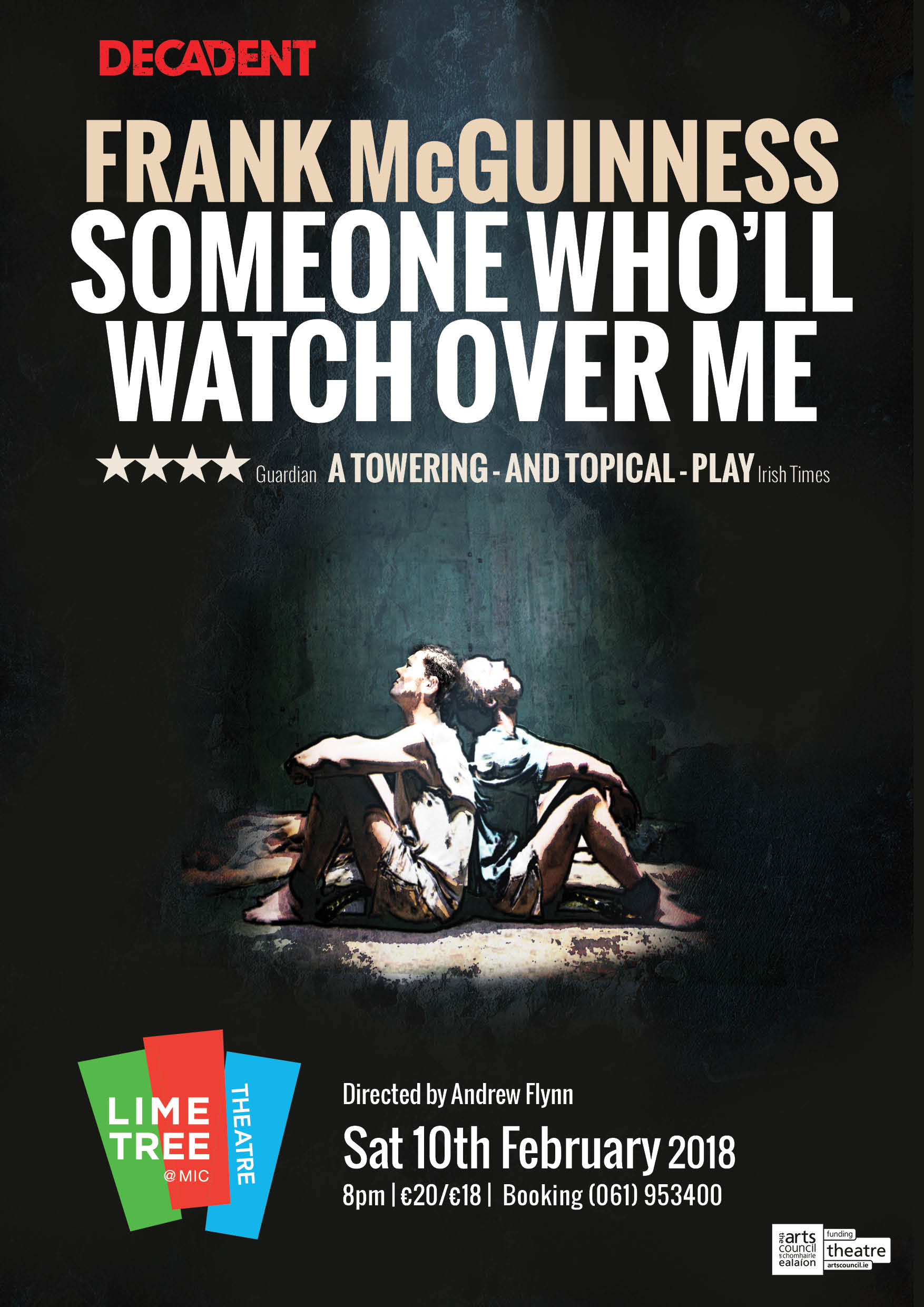 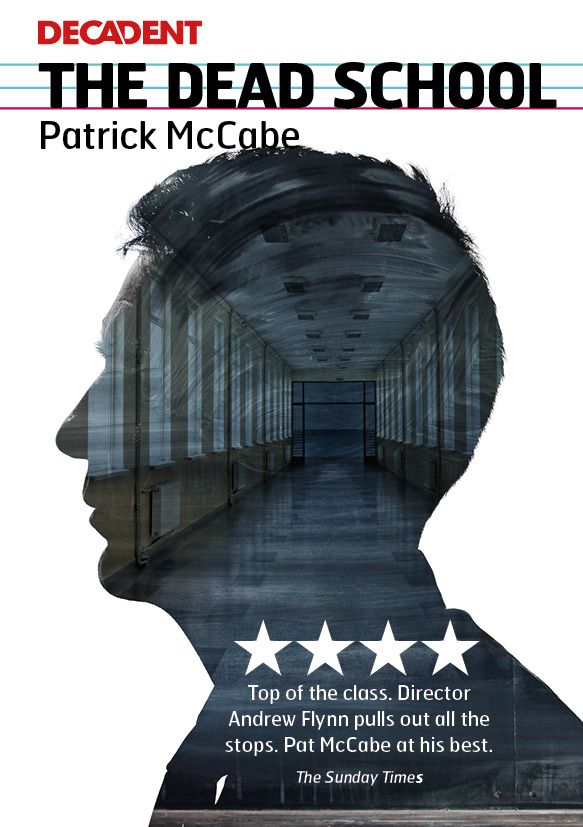 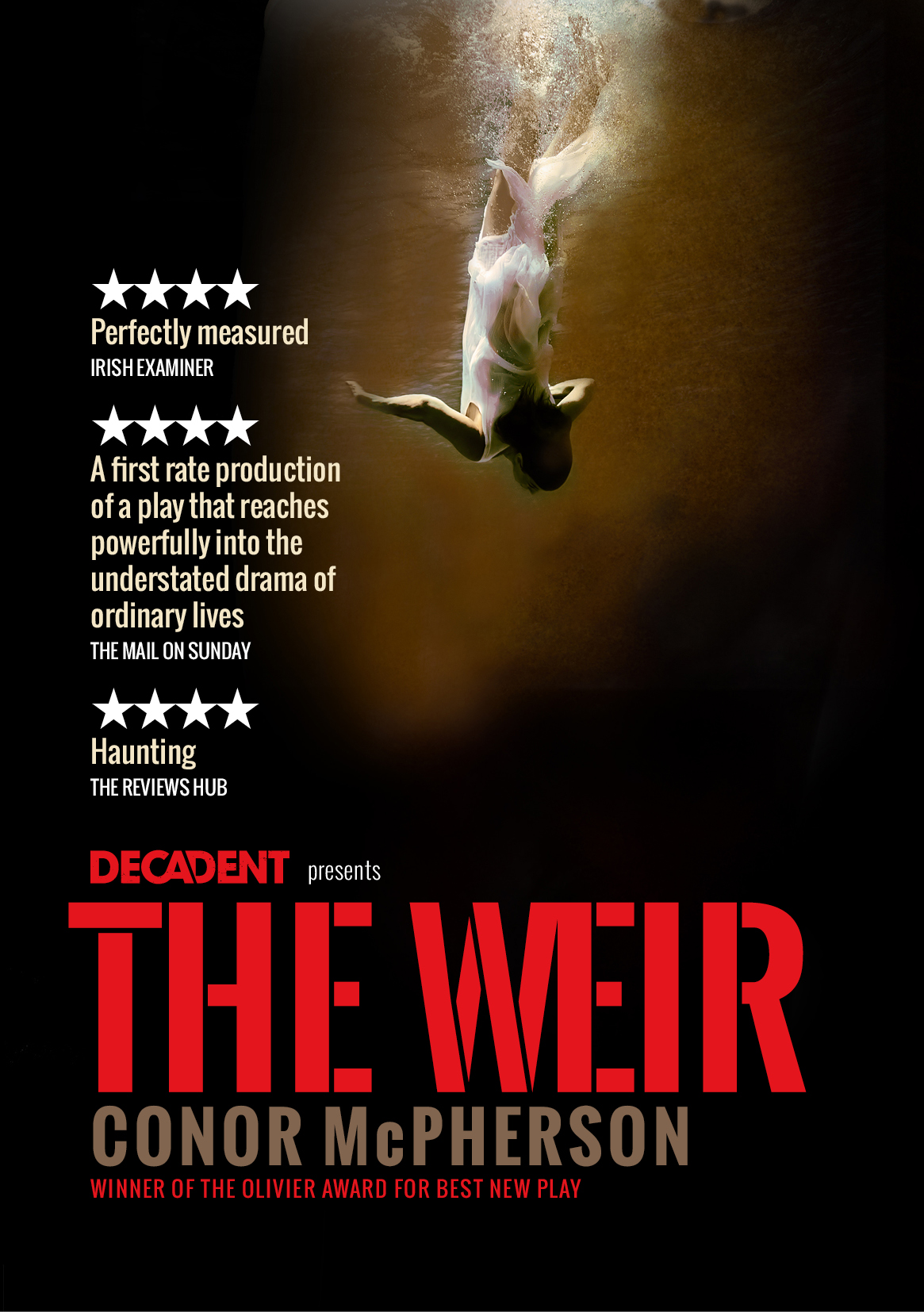 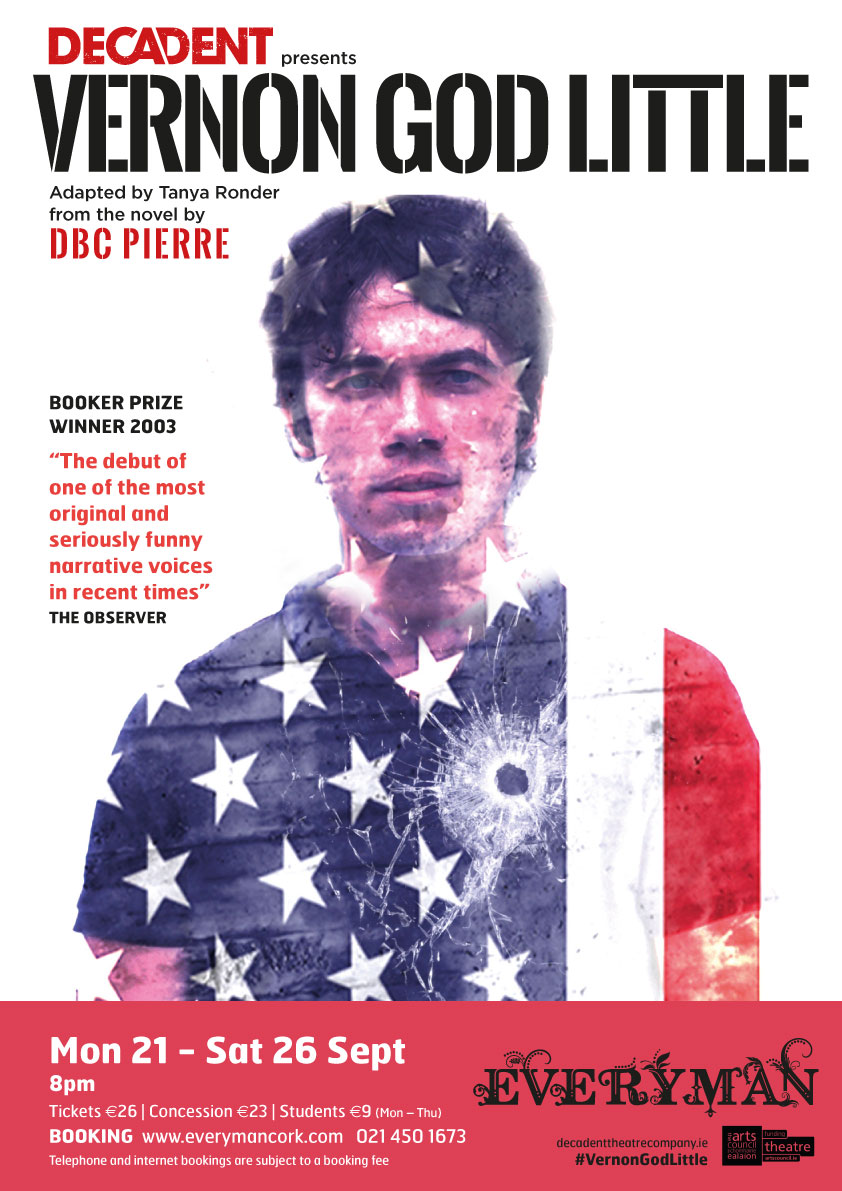 “I have long been involved with entertainment. During my college years, I contributed extensively to DU Players and during the summer months I worked with Stage One. I have a special interest in showcasing Elizabethan drama and wrote my thesis on ‘Satire in Marlowe’s Doctor Faustus’. I am passionate about script writing, creative idea-development and the role of the dramaturg. In regards to business, I am experienced in artistic management, promotion and production.”
Gerry Barnes

2013-2017
As Executive Producer of Decadent Theatre Company, Gerry toured A Skull in Connemara on two separate occasions around Ireland. The two tours received critical acclaim, commercial success and encouragement for more productions of Martin McDonagh’s work. In 2015/16, Decadent Theatre Company mounted a nationwide winter tour of Martin McDonagh’s infamous The Pillowman, which travelled to the Everyman Palace Cork, The Lyric Theatre Belfast and The Gaiety Theatre Dublin. Gerry also produced nationwide tours of Of Ladies Lost and Found, Defender of the Faith and Vernon God Little.

2011 – 2013
As Artistic Director of the Belltable Arts Centre, Gerry initiated a community cast revival of Pigtown by Mike Finn, directed by Paul Brennan, designed by Lisa Zagone and a youth musical of the Irish premiere of Crusade by Craig Christie, directed by Richie Ryan.

2010 – 2011
Gerry worked as an independent producer with the late Michael Diskin (Galway Town Hall Theatre) on Faith Healer by Brian Friel and A Skull in Connemara by Martin McDonagh.

1989 – 2010
As the Executive Director of Cork Opera House, Gerry established a producing partnership with the Forum Theatre in Derry and Galway Town Hall Theatre working with the creative team of Andrew Flynn and Owen MacCarthaigh to tour Martin McDonagh‘s Lieutenant of Inishmore & The Lonesome West – followed by a national tour with ARTNI  (the Association of Regional Theatre in Northern Ireland) of Sean O’Casey’s Juno and the Paycock (Winner of Best Design in Irish Times Theatre Awards).

In musical theatre, a long partnership with Bryan Flynn witnessed the emergence of a rich vein of work with productions of The Sound of Music, Jesus Christ Superstar, Oliver, West Side Story, Honk and an innovative series of original pantomimes. Gerry originally commissioned Michael Collins – The Musical which transferred from Cork Opera House to the Olympia and has become familiar to audiences around the country with revivals in Tralee, Waterford, and most recently, the Tivoli.

Stage Centre, under the direction of Marian Wyatt, presented the musicals Nunsense and Man of La Mancha, and plays The Sunbeam Girls and The Good Sisters by Michel Tremblay. Janus Theatre Company, under the direction of Belinda Wilde, presented: King Lear, Hamlet, Othello, Romeo & Juliet and The Merchant of Venice (Shakespearean programmes for schools in city and county); a national tour of Lifeboat; and the mainstage production and Irish premiere of The Lion, the Witch, and the Wardrobe by CS Lewis.

An in-house production of Hansel and Gretel commissioned from John O’Brien of Opera Works celebrated the 150th anniversary of the Opera House. A partnership with Cork County Council produced a touring version of The Magic Flute. Other work with John O’Brien included Orpheus, 24 Songs, Candide and the commission of The Nina in Me from Karen Underwood.

As producer for Storytellers Theatre Company, Gerry commissioned the award-winning Women in Arms by Mary Elizabeth Burke-Kennedy and The Trials of Esther Waters by George Moore for the Dublin Theatre Festival.

1980 – 1988
As founder and Artistic Director of the Cork Theatre Company, Gerry produced Irish premieres of Forever Yours Marie Lou by Michel Tremblay, directed by Fred Haines; Sister Mary Ignatius Explains It All for You by Christopher Durang, directed by John Retallack; and The Unseen Hand by Sam Shepard at the Dublin Theatre Festivals.

National tours included Volunteers by Brian Friel, Indian Summer by Jennifer Johnston, Peer Gynt by Henrik Ibsen, The Whiteheaded Boy by Lennox Robinson, Moll by John B. Keane, All the Way Back by Bernard Farrell.